Attacks and counterattacks, world of literarture is not untouched by this but what matters is identification of right and wrong. Day before yesterday there was an article by Ashutosh Bhardwaj on book written on Lata’s musical journey by Yatindra Mishra.( LATA:SUR GATHA)  He unbiasedly touched those points which were left during all the appreciation book received and buzz it created. Today Prakash K.Ray, a senior writer and journalist, has an answer to that critical review. Lets read what he has to say-  Divya Vijay

(Bob Dylan responding to questions related to his ‘text’ accompanying photos by Barry Feinstein in Hollywood Foto-Rhetoric: The Lost Manuscript)

In Encyclopedia Britannica, Frederick C. Crews, an Emeritus Professor of English, University of California, Berkeley, defines Literary criticism as the reasoned consideration of literary works and issues, and it applies, as a term, to any argumentation about literature, whether or not specific works are analyzed. If I apply the first sentence of this definition, Bhardwaj’s article is not an example of literary criticism. But, if I consider the second line, it is one. If I go by the literal sense, or the way we use the word- criticism- in our daily conversation, it is certainly a criticism for it goes on and on ‘criticising’ the book in question. He blurs the difference between stating a view and ranting about something.

Many years ago, I heard from Prof Vagish Shukla that ‘aalochana’ is an extension of ‘lochan’, that means ‘to view’. Viewing is certainly not seeing though the later is embedded in the former. Let me try to elaborate on why I do not consider this ‘criticism’ of Bhardwaj a ‘reasoned consideration’.

He begins this lengthy blabber with a horrible statement regarding history and literature. What about when history is penned or canned? In that scenario, where you put the nouns, the proper nouns and the common nouns, and also the absent nouns within and beyond the page or the frame? On which shoulders your narrative will journey to the nirvana? And this aversion to the nouns is so immense in Bhardwaj that he shies from mentioning the names of the author or the subject of the book. It, in itself, demands a pathological reading of the article, which I desist from doing at this moment. And, I am also bewildered by his ‘ancestors’ who has implanted such superficial Paulo Coelho type of sensibilities regarding history and literature.
And how come and when dissent or disagreement became one of the fundamentals of literature? It may be a form, a module, a kind, but fundamental! Bhardwaj seeks the ‘rooh’ of the subject. And, the ‘critic’ himself cannot stand the author who as a ‘rasik’ is in awe and overwhelmed. Any process of review has to revolve around the premise of a book. This book never claims to be a complete biography or biographical study, not even a biographical sketch. It tries to map a singer’s tremendous musical journey through her songs. The highlight and the lacuna should be underlined within this frame. You are trying to find something which is not there and the author has already informed you in the very beginning.
The book may be called a kind of hagiography. But can a serious researcher or a seasoned newspaper reviewer or a common fan reject the importance of hagiographies imparting important information and certain degree of insight? You tell me a single academician of humanities or social sciences, who has not referred to hagiographies, and s/he has a disdain for them? S/he would engage, find useful take-away, and put the book on shelf for further references.
Bhardwaj is interested in reaching to the ‘rooh’ and ‘kanth’ of the subject, but when the author tries to take him to that, he resists. Like a nagging kid.
This book is important on two counts- one, another importance addition to the literature on cinema, and second, it is focused on the musical dimension of the subject. Also, it is refreshing to read something from a viewpoint of an informed rasik. Certainly, a gift to all fans and rasiks of the subject whose golden voice echoes for decades. And will be echoing for many decades to come. Amen. 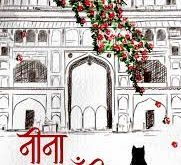