After several decades of sectarian conflict that has badly wounded its society Pakistan now faces a major strategic choice of changing its focus from geopolitics to geoeconomics. Pakistan now stands at a juncture where it had to choose one of the sides in the new geopolitical tussle between China and the USA. Pakistan can’t abandon China, its “Iron brother” and the most reliable political and economic partner in the region. Pakistan and China enjoy geographical proximity and economic interdependence, yet Islamabad does not want to be alienated from its old strategic partner Washington.

Pakistan emerged as the strategic partner of the USA during the cold war, entered into anti-communist alliances and military pacts. Pakistan turned Islam into a political instrument and empowered militant and extremism fighters to fight against the Soviet army in Afghanistan.

As a new cold war emerges between America and China, Pakistan will now have to choose between either of them and will not have the choice or chance to play a double game as it had been doing so far.

Last month the United States constituted a new cooperation council in central Asia in the form of QUAD comprising Afghanistan, Uzbekistan, Pakistan, and the US, for “Regional Support for Afghanistan-Peace Process and Post Settlement”.

The democratic republic of India which shares interests and values with liberal world is a leading member of another QUAD in Southeast Asia. The cooperation among the US, India and Afghanistan is likely to put pressure on Pakistan to end its confrontational politics and support for Taliban.

A new multinational alliance is required to ensure economic opportunities in the region and diminish the hostility between rival nuclear powers India and Pakistan, as well as between Afghanistan and Pakistan. This alliance is also expected to counter the growing Chinese influence in the region.

Afghanistan’s political stability is linked with peace and security of the entire region. As Afghanistan witnesses massive violence following the withdrawal of the US forces, it is necessary for the world forces to come together and ensure peace in the country. Asking Pakistan to mend its ways and building a lasting peace in Afghanistan is a major obligation of the world order.

(Alhaj Ismail Nazarkhel is an Afghan scholar based in Kabul.) 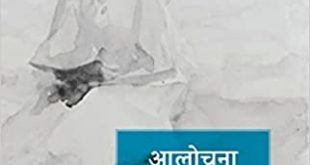